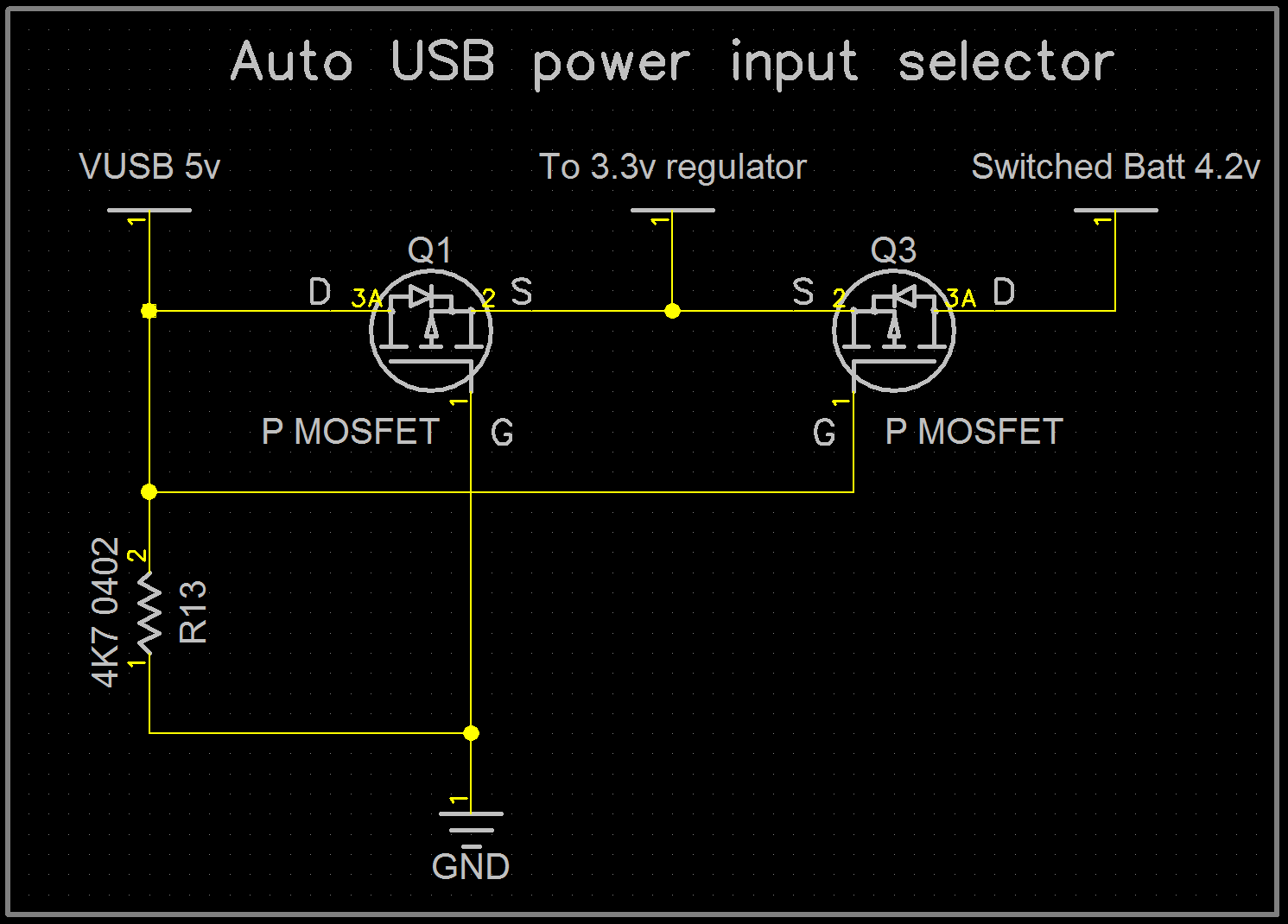 Reference for the idea

What do you think? I still need to test this on a breadboard… I know you could use a schottky or normal diode on the 5V USB side as I am going to regulate it down to 3.3V anyway so the voltage drop is inconsequential. I know it looks like the MOSFETs are wiring backwards, read the linked reference above.

The main reason to use a P channel MOSFET for the USB side is because they are only 13 cents for a “IRLML6402TRPBF MOSFET P-CH 20V 3.7A SOT-23” and I will already need one for the battery side, so it lowers the number of different parts necessary, which is a big concern with my pick and place only having so many reel feeders. I would rather buy one full reel of the P channel mosfets than two separate reels of 3000pcs.

Actually now that I look at it again I think it will just oscillate… because as soon as Q3 turns on(assuming Vusb = 0 and Batt = 4.2v) that basically turns on Q1 which then connects the output from Q3 to the gate of Q3 and turns it back off.. hahah

Now the idea is to short the gate and source of Q1 together and use its internal body diode. According to the datasheet this MOSFET has 0.7V drop at 500ma which is probably fine as the USB input will be limited by a 500ma PTC fuse, and I am regulating it down to 3.3V so the voltage drop is not an issue. Of course a waste of the MOSFET but in the scheme of things it may make sense to lower the number of different parts necessary.