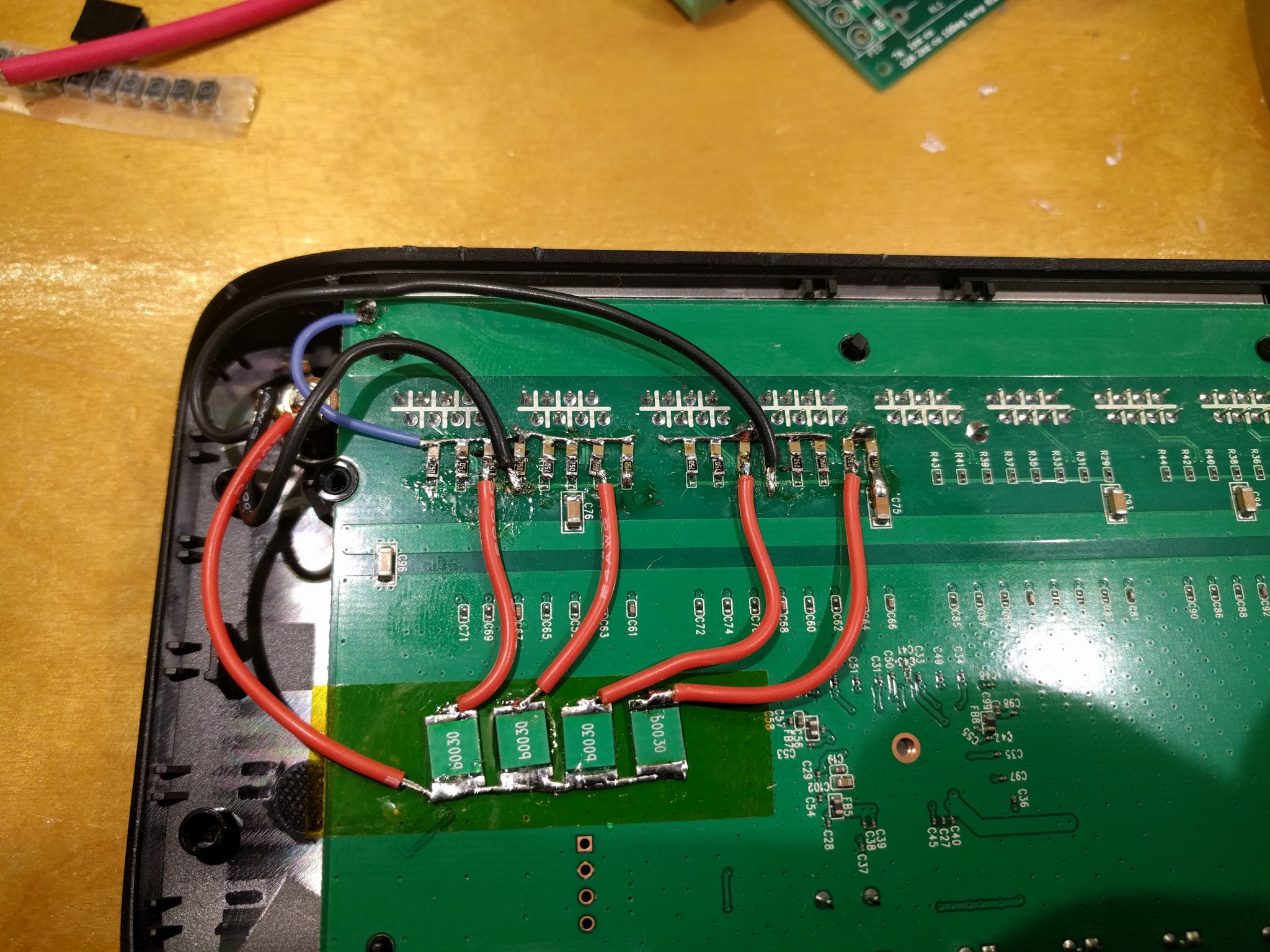 to be a 24V gigabit POE switch. I recently started using Ubiquiti’s gigabit WiFi gear and needed some devices to run directly off a 12V DC battery, so I could not use the provided 120V POE power injectors.  (12V to 24V provided by DC-DC step up module)

Gigabit POE takes advantage of the built in isolation transformers needed in all network ports, in this particular case the SG48001G or HST-48002S – This same router could have either part number inside!

I am/was a little worried that the transformers designed for POE use are somehow slightly different from the normal non-POE transformers, pulse does list different types..  All the POE specific types seem to have no extra chokes/filter magnetics on the jack side, but instead on the IC side – which is opposite of what these magnetics have. That said they still seem to work from my limited testing.

Datasheet for isolation transformers : HST-48001S/HST-48002S – The HST-48001S is equivalent(just different manufacturer) to the SG48001G used in some of these routers

After some testing the two transformers are quite different, but both MAY work for POE use… I have only verified that the lower resistance HST-48002S version works, I promise nothing however 😉 My first attempt at using the SG48001G (equivalent to HST-48001S) ended in failure but was most likely caused by one of these other issues: the fact that I first tried to wire ALL the POE pairs to power, not just the two that are required by Ubiquiti gear, or because I was powering the switch with 12V instead of the normal 9V (even though the SMPS ICs used should support 12V input) or because the first attempt was done without access to proper tools and the wiring may have shorted something out when I assembled the chassis.

You’ll see in the pictures section that I removed the standard 75ohm 0402 SMD resistors that are specified on normal 1000baseT connectors and replaced them with 0805 size 75ohm resistors in series with 22nf capacitors – this is to avoid shorting out the DC component present and is 100% necessary! (you may be able to get away with no resistor/capacitor – but that would be out of spec and more vulnerable to ESD and lightning)

I used 24AWG silicone wire for the +(red) pin 4,5 and -(black) pin 7,8 connections. These two wires are all that is necessary to be compliant with Ubiquiti POE spec.

I cannot say for sure how this arrangement will work with other 24 or 48V spec POE systems.

One other recommendation for safety is a PTC thermal re-settable fuse on the power lines.. 500ma  should work for most (< 12W) devices. Recommended part : 0ZCF0030FF2C 60V 300ma – DO NOT use normal 5V or 12V rated PTCs – I almost made this mistake at first trying to re-use ones designed for USB port protection. Final Version with 0ZCF0030FF2C 60V 300ma thermal fuses – Fuses are attached to PCB via a piece of kapton tape for isolation and superglue.

The two simple PWM battery chargers above the PVC box keep the 12V lead acid battery happy 🙂 One regulates power from solar panels, the other from a generator+car battery charger source.

The Ubiquiti AirGateway is powered directly from the switch and acts as a low cost access point for this location.

Wrapped in electrical tape is a 12V to 24V DC-DC boost converter that runs of the 12V deep cycle battery.

The graphs for this power system are here https://hilo90mhz.com/thingspeak-graphs-beta/

Below is my first attempt at adding POE functionality, I don’t recommend this method as there are no thermal fuses which are really necessary with this type of passive POE system to prevent damage in the case of something being mis-wired.